I want to start with the title of this bill: 'A Tax Plan for the COVID-19 Economic Recovery'. That's the first con job.

The bill does nothing to deal with the economic crisis that we are confronted with today. Why is that? Because we're in an economic crisis from this pandemic because we have a million people out of work. 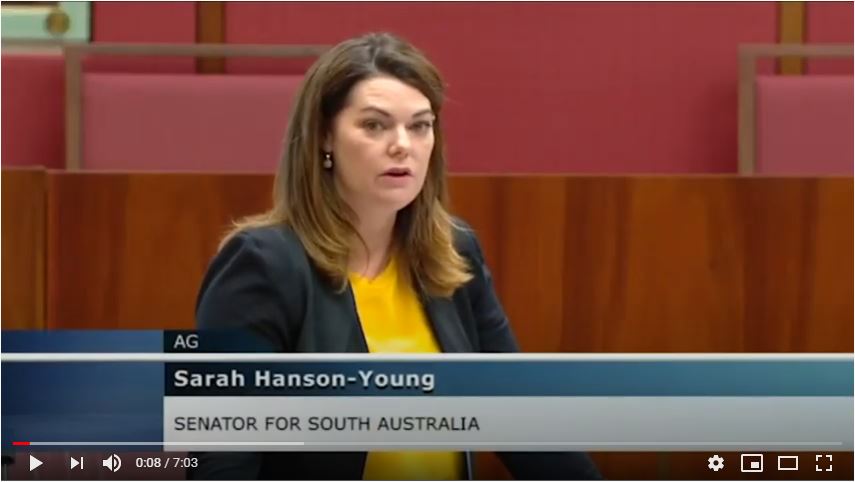 We have people from the hospitality sector, the retail sector, the tourism sector, from the arts and entertainment industries who have all lost their jobs because of the restrictions and the health response that was needed. We are in a recession that overwhelmingly impacts young people. We are in a recession that overwhelmingly impacts women. We are in a recession where it is the working poor and the unemployed in this country who are carrying the burden. And what does this bill do? It doesn't address any of those economic crises. It doesn't make life better for the unemployed. It spends tens of billions of dollars helping people who are actually managing okay at the moment.

The millionaires of this country are doing pretty well in comparison with those who have lost their job. This legislation confronts us with choices. If the government have made a decision to spend billions of dollars and get that out the door to try and stimulate the economy in the midst of this economic crisis, they need to make choices as to where that money goes. What the government have decided to do in this budget and with this bill is to choose the wealthy over the poor. They have chosen men over women.

This government's choices are clear, stark and rooted in an obscene ideology that says if you are at the bottom end of the income scale, that's your fault. This budget and this bill, these tax cuts, are rooted in the belief that money will trickle down. We know that's not true; that is a con job.

Trickle-down economics has been proven time and time again to deliver nothing for those who are on low incomes, those who are unemployed, the sick, the elderly, those who rely on public services. Let's make no mistake, tax cuts today mean service cuts tomorrow. What does that mean in reality? Less health care, less funding for education and less support and funding for aged care—the services that, when you're in the midst of a pandemic and an economic crisis, the country needs. Fifty billion dollars a year is to be spent on tax cuts for the rich people, and yet the unemployed get nothing. And of course we know that this government has, all the way through this pandemic and this crisis, chosen men over women.

It is women who predominantly have lost their jobs in the midst of this crisis, in those sectors like retail, hospitality, the arts, entertainment and tourism. And yet where has the money and the support from this government gone? It's gone to the jobs for the boys: mining companies; expanding the gas industry; construction. Every time the Prime Minister gets up he talks about helping the tradies. Yet it's women in this country who carry the financial burden of this crisis. And what has the government done for them? Nothing.

These tax cuts predominantly go to high-income earners. Who does that mean? Men. This government has made choices today that prioritise the rich over the poor, men over women and millionaires over the unemployed. This is not the type of response we need if we are to get out of this economic crisis. All the economists say that. But the government is blinded by its own ideology. Fifty billion dollars a year—imagine what that money could be spent on if it were invested more wisely.

This is about choice, and—rather than giving money to the rich and leaving the poor with nothing; rather than prioritising high-income earners and men over women; rather than prioritising millionaires over the unemployed—imagine what $50 billion a year could do. We could be investing in our education system. We could be making sure our aged-care system has well-paid staff to care for our elderly. We could have well-funded hospitals to make sure our healthcare system—in the middle of a health crisis—actually delivers the services we need. So I am strongly opposed to this piece of legislation, because the government's choices in this crisis are backwards: rich over poor; men over women; millionaires over the unemployed. If you want to know what this government stands for, it stands for greed.

Our Environment is Under Attack