When will the Morrison government tackle the drought and fix the Murray-Darling Basin?

The Murray-Darling Basin is in crisis. The environment is in collapse. Communities are on the brink of having no clean drinking water. Family farms have their backs against the wall. And the water minister says he doesn't even believe in climate change. He says he can't do anything except pray for rain. When will the Morrison government get its head out of the sand on climate change and come to tackle the drought and fix the Murray-Darling Basin, rather than just praying for rain and giving communities your hopes and prayers?

The Coalition has had six years in government and instead of implementing the Murray Darling Basin Plan to ensure it’s managed in the worst times, it’s completely messed it up. The Water Minister claims he can’t make it rain therefore he can’t do anything to help. The Environment Minister says she can’t do anything to look after the environment. This is a total cop-out!

Our river is in crisis, small family farms are suffering and a growing number of River communities don’t even have clean water to drink. There is plenty the Minsters can do, and they must act now. Failing to crack down on those exploiting the water market or harvesting flood-plain water upstream will make the crisis facing the River and farmers worse. 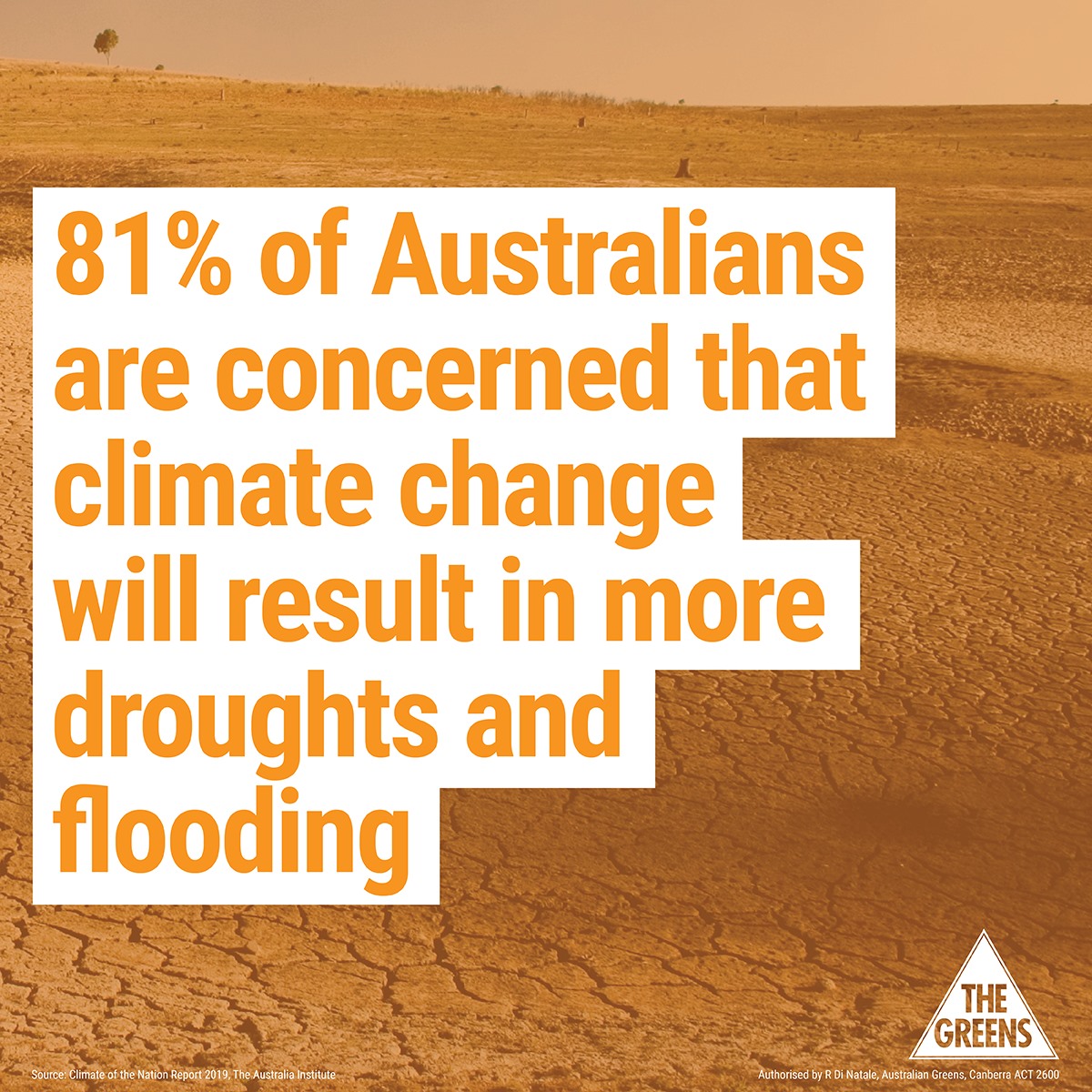 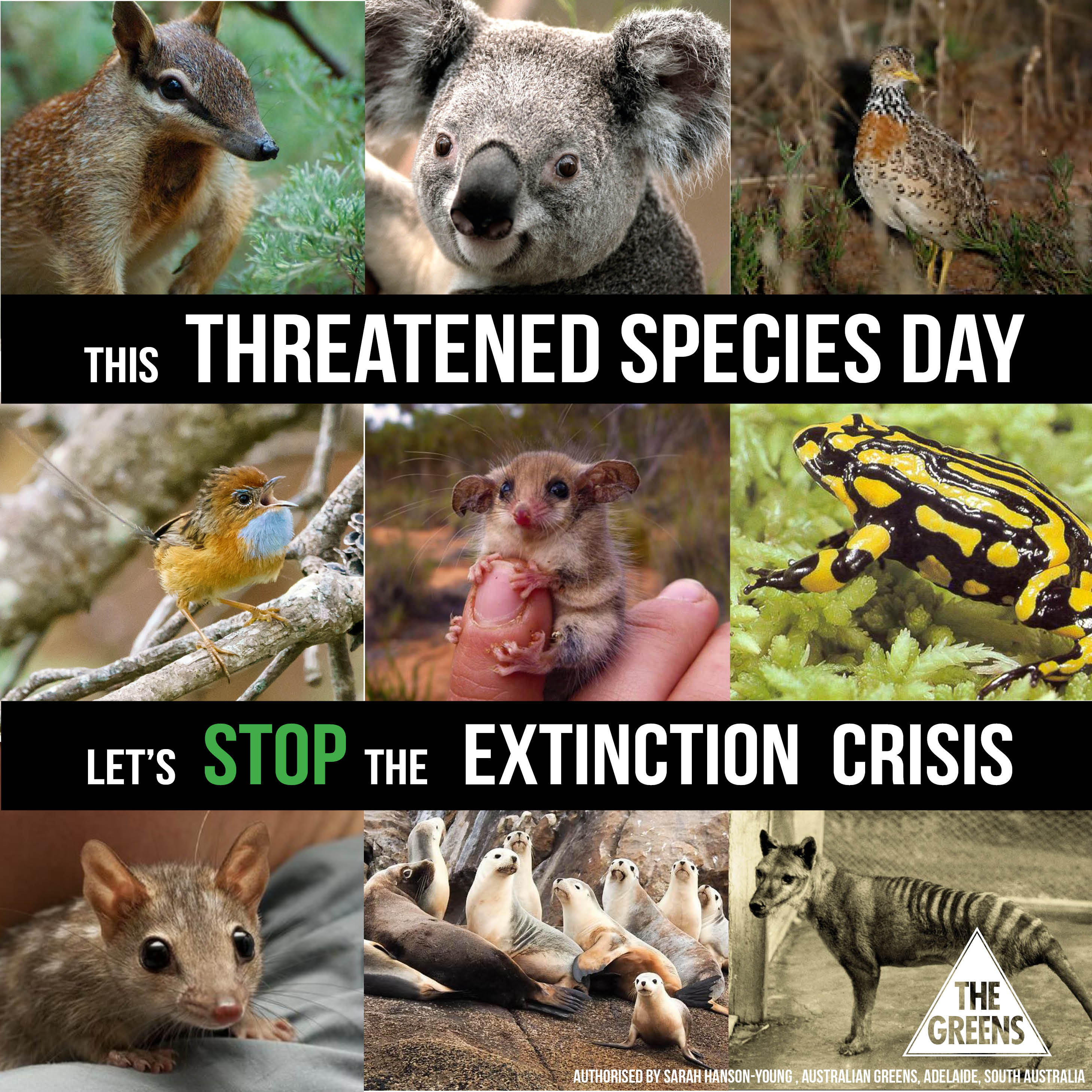 Big Oil not welcome in SA

Did you see our ad in the paper yesterday? 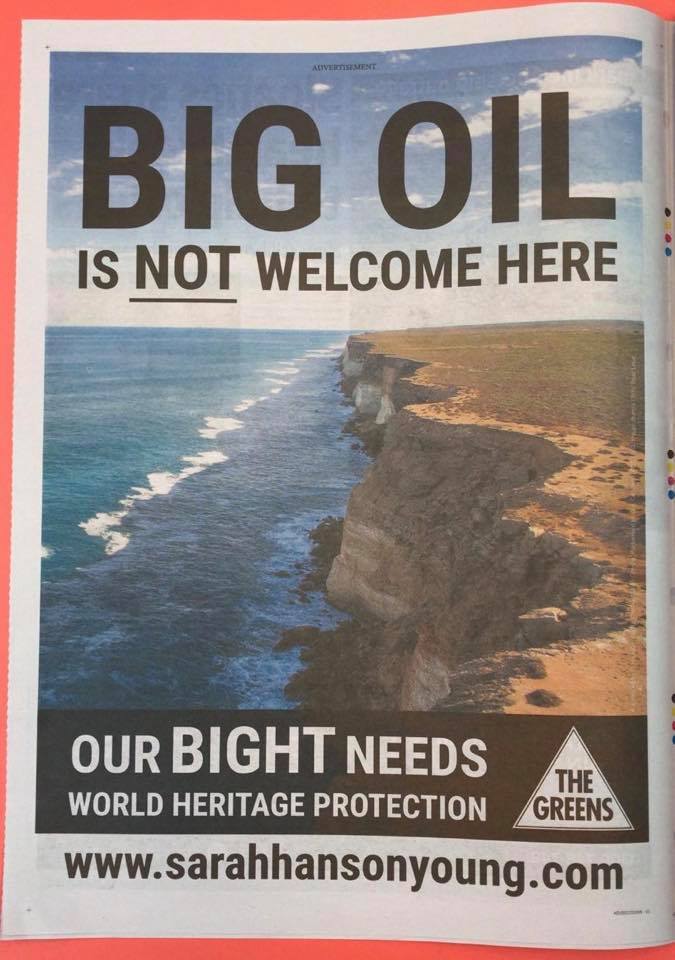 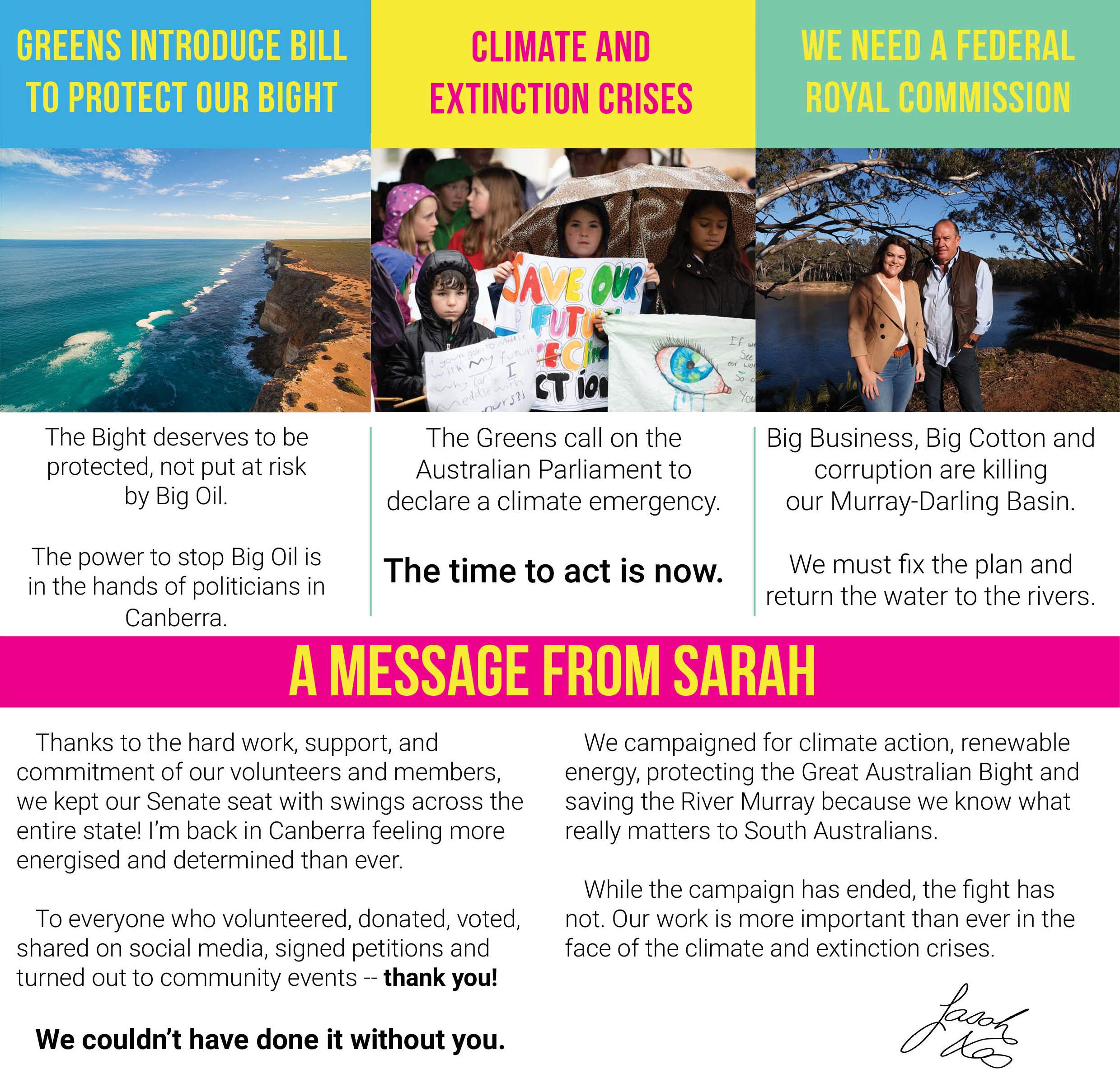 Today the Senate has began debating a Greens Bill to stop drilling in the Great Australian Bight and move for World Heritage Listing.

The power to stop Big Oil is in the hands of politicians in Canberra. Australian’s don’t want drilling in the Great Australian Bight. The Parliament must act. 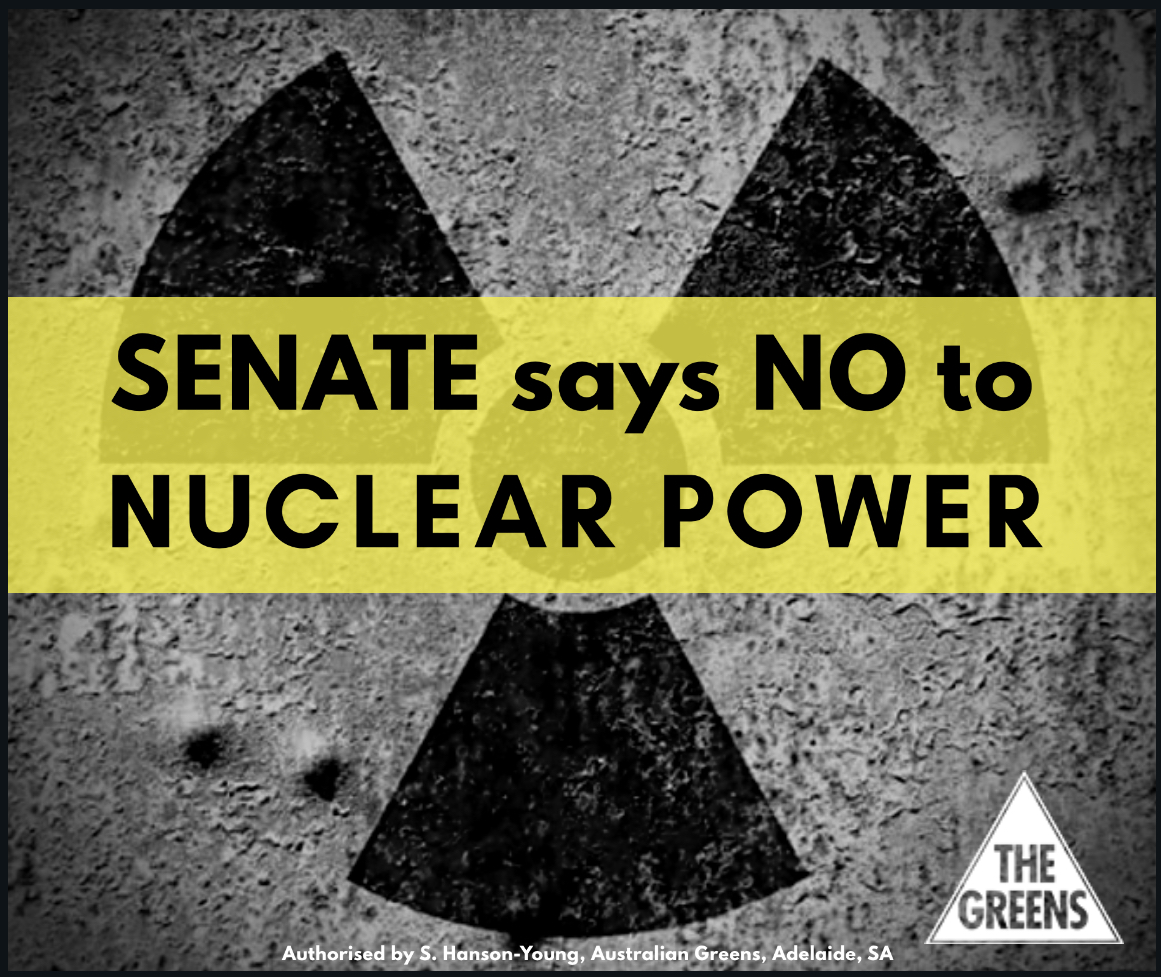